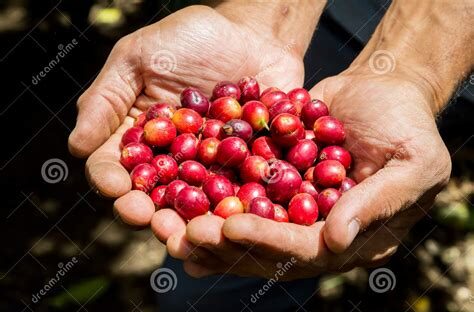 Costa Rican coffee has enjoyed a reputation for outstanding quality.  In our early years in the late eighties one of our best selling coffees was Costa Rica Tarrazu, a strickly hard bean produced in near perfect growing conditions.  Years of the La Roya disease cut coffee production up to 30% and pushed entrepreneurial farmers to develop new methods of processing.

In this Toronto Start article by James Hoffman, coffee lover and expert renowned for The World Atlas of Coffee, understands what Costa Rica and other Central American counties such as Guatemala have done to create niche markets for themselves.  In doing so Costa Rica coffee has protected its most important export and is flattered now by other countries following their lead.  Sometimes we are lucky enough to partake in these specialty coffees.  Costa Rica Yellow Honey Process is one such delight.
Read on!

Coffee has been grown in Costa Rica since the early 19th century.  When the country declared independence from Spain in 1821, the municipal government gave away free coffee seeds to encourage production.  Records show that there were around 17,000 coffee trees in Costa Rica at that point.  In 1825 the government continued its promotion of coffee by exempting it from certain taxes and, in 1831, the government decreed that if anyone grew coffee on fallow land for five years, they could claim ownership of the land.

Costa Rica is the most developed and is considered the safest, of the Central American countries.  This makes it a very popular tourist destination, especially with North Americans.  Tourism has not only displaced coffee as the country’s primary source of income but ecotourism is particularly popular here and it is possible to visit and take tours of many coffee farms in the country.  typically those offering tours are the larger farms, with less focus on absolute quality, but it is nonetheless interesting to have the opportunity to see how coffee farming works up close.

For nearly fifty years, between 1846 and 1890, coffee was the sole export of the country.  Coffee revenues provided the money to build roasts linking the interior to the Atlantic Ocean as well as building the San Juan de Dios Hospital, the first post office and the first government printing office.  Coffee had an impact on culture too, the National theatre is a product of the early coffee economy as are the first libraries and the Santo Tomás University.

The Costa Rican coffee industry continued to grow until it began to reach the geographical limits of available land.  The population was still spreading from San José to the rest of the country, and farmers were looking for new land upon which to grow crops.  However, not all of the land in the country was suitable for growing coffee, something that still checks the growth of the industry.

Costa Rican coffee has a long-standing reputation for quality and fetches a premium price in the commodity marketplace.  What it lacked, as the specialty coffee market developed, was much in the way of regionally identifiable coffees.  Typically, coffees exported from Costa Rica around the turn of the millennium were sold by brands created by the large mills.  These brands obscured exactly whee the coffee had been grown and the unique qualities that it possessed because of the soils of the climate of the region in which it was grown.

In the mid to late 2000s, however, there was a dramatic increase in micro mills.  Farmers were investing in small-scale post-harvest equipment of their own and doing more of the processing themselves.  This meant they were able to increase control over their coffee and the diversity of styles and coffees from all regions of Costa Rica dramatically increased.  This makes Costa Rican coffees exciting to explore, as it is now easier than ever to taste several different coffees from a particular area side by side, and begin to see the effect geography can have on taste.