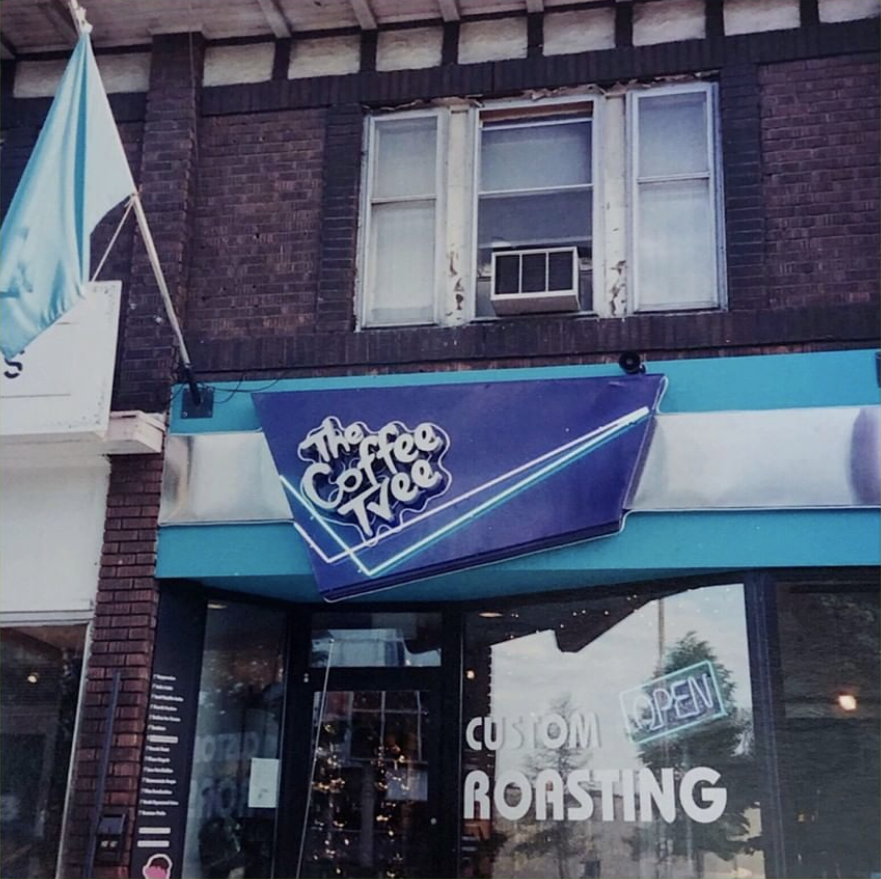 Have you ever wondered how we became the oldest coffee roasters in Toronto?

Join me, Susan, over the next few months as I reflect on a lifetime of coffee in Toronto, Canada.  Follow the stories that shaped my life and, if you’re reading this, probably shaped yours too!

In the early years, we were living in the east end, having finished post secondary, both of us working a lot and not bringing home a lot.  We were in our twenties, a lifetime ago, living without a car, renting an apartment and taking the subway downtown on weekends to enjoy city life to its fullest.

Those were the days when we brought home a 13” TV on the subway because we couldn’t carry anything larger; when we dragged home a Christmas tree on the TTC because we didn’t have a car; when microwave ovens were so new that microwave popcorn hadn’t been invented yet.  Furniture?  This predates Ikea!  It’s also before the internet, debit machines and the widespread use of credit cards.

The question revolved around, could we really afford to stay and live in Toronto?

In the late eighties, condos were being built opposite the St Lawrence Market which were selling for $88,000.  That was a steep price in those days and interest rates were high.  We would talk about whether we would move out of the city so we could afford a house, a family, a work-life balance, or if we would stay in the city, which was an exciting place to be, and work for ourselves.

Ah, the blindness of youth.

On the other side of the country, Seattle was beginning to bloom.  Starbucks was in its infancy and everyone thought a Roasting House was a place to eat chicken on a spit.  We were intrigued and naïve.  With a bit of financial help from family and some pre-internet ‘boots on the ground’ research, we signed an expensive lease to open a small business in Bloor West Village.  We planned to roast and sell coffee beans by the pound.  We began by roasting coffee in a small artisan roaster that was known to draw the firetruck to our block because of the smoke.

Those early days of Coffee Roasters in Toronto were slow, no one seemed to know or care about fresh roasted coffee beans.   No one knew coffee beans were green and had to be roasted.  What do you mean coffee beans have a 3-week shelf life once they’re roasted?  After all, in the eighties, you could go to Shoppers and get your smokes AND a pound of Nabob for five dollars.   Our coffee cost more money and there was a Second Cup and a Galaxy Donut shop located nearby.

Fortunately one of the perks of the job was we drank a lot of our own delicious coffee so we could chat and work and perfect our craft.

So that by day by week by month by year, we made cappuccinos, pots of brewed coffee, sold sticky buns, grilled Croque Monsieur sandwiches, and learned our customer’s names, one by one.   Over time, they began to take home our fresh-roasted coffee beans.  They tasted the difference fresh roasted makes.  They believed in our dream and became raving fans.

Some of those early loyal customers are now moving out of the city.  Covid has pushed them to live in the weekend places they used to go with their kids.  They are still buying Coffee Tree coffee but now they have it mailed to them.  New people have moved into the neighbourhood and discovered The Coffee Tree and made it their go-to destination.

A journalist once asked me if you could make a million dollars with only one store and the thought had never entered my mind.  I fell in love with my coffee roasting business the way I had fallen for my boyfriend, it was 100% all in.   We borrowed a large sum of money, paid  it back at outrageous interest rates, while paying our staff minimum wage at $5/hr.

Thank goodness I didn’t know then what I know now! We may not have become the oldest Coffee Roasters in Toronto if we had!