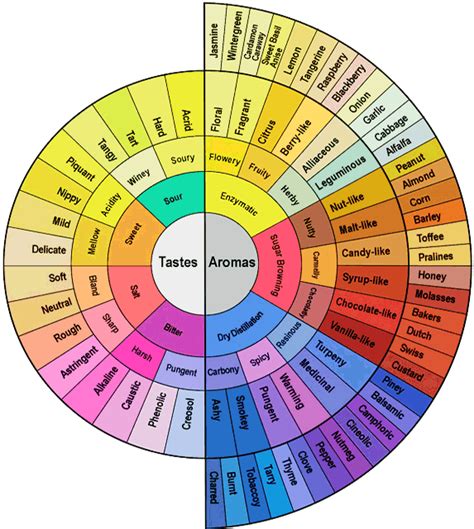 How do the experts describe coffee? The author, Gail Civille, was part of the team that helped to develop the flavour lexicon.  Published January 19, 2016

What is World Coffee Research?

Today, World Coffee Research published the Sensory Lexicon, the largest collaborative work on the flavour of coffee and a project more than three years in the making. But what is it? We will explore what the lexicon is, and what it isn’t, as well as how it will be used to advance research into coffee quality.

The not-quite infinite emotions of coffee

Coffee is one of the most chemically complex things we consume, with subtleties of aroma, texture, and flavour rivalled by almost no other food, and it can seem as if its flavours are infinite. But they are not.
Coffee, like anything else we eat or drink, tastes, smells, and feels the way it does because locked inside the coffee bean is a complex molecular and genetic code that determines what we experience. Every flavour, every aroma, every texture originates in a set of chemicals, which in turn are determined by the seed’s genes, by how and where the coffee was grown, and by everything it has experienced since leaving the tree (processing, drying, milling, storage, transport, roasting, brewing and so on).
The goal of the World Coffee Research Sensory Lexicon is to use for the first time the tools and technologies of sensory science to understand and name coffee’s primary sensory qualities, and to create a replicable way of measuring those qualities.

Just like a dictionary reflects broad, expert agreement about the words that make up a given language, the lexicon contains the tastes, aromas, and textures that exist in coffee as determined by sensory experts and coffee industry leaders.

Why we need the coffee lexicon
Creating the World Coffee Research Sensory Lexicon—a universal language of coffee’s sensory qualities, and a tool for measuring them—is the necessary first step to understanding what causes coffee to taste, smell, and feel the way it does. What are the genes that make a coffee more or less bitter? What are the environmental factors that give a coffee an orange acidity instead of a lime one? Does anything happen to the flavour of a coffee when you use one kind of fertilizer in place of another? Or rain water instead of irrigation? What if you stop the fermentation process at a certain Ph level instead of after a certain amount of time? Or use a particular yeast strain? We know that storing green coffee in one kind of bag versus another can decrease woodiness, but by how much? The list of questions you can pose—and begin to answer—when you have a tool to quantify coffee’s tastes and flavours is almost endless.

The lexicon was created by World Coffee Research to enable coffee scientists to conduct research that will make coffee better—starting with the seed itself. For example, in order to breed new varieties of coffee that are not only productive, disease resistant, and climate resilient, but also taste amazing, we need to understand which molecules in a coffee are connected to which flavours, and then understand how those molecules are produced. To do that, you have to have a reliable and repeatable way to measure the flavours and their relative magnitude.

Descriptive, quantifiable, and replicable
Despite the fact that we have many good tools for evaluating coffee, such as rigorous cupping protocols, none of them is suitable for scientific inquiry. There are three things about the lexicon that are fundamentally different from other sensory evaluation tools:
1. It is descriptive. The World Coffee Research Sensory Lexicon doesn’t have categories for “good” and “bad” attributes, nor does it allow for ranking coffee quality. It is purely a descriptive tool, which allows you to say with a high degree of confidence that a coffee tastes or smells like X, Y, or Z.
2. It is quantifiable. The World Coffee Research Sensory Lexicon allows us not only to say that, for example, a given coffee has blueberry in its flavour or aroma, but that it has blueberry at an intensity of 4 on a 15-point scale. This allows us to compare differences among coffees with a significantly higher degree of precision.
3. It is replicable. When the World Coffee Research Sensory Lexicon is used properly by trained sensory professionals the same coffee evaluated by two different people—no matter where they are, what their prior taste experiences is, what culture they originate from, or any other difference among them—will achieve the same intensity score for each attribute. An evaluator in Texas will get “blueberry, flavour: 4” just the same as one in Bangalore.
These three factors allow us to ask and answer scientific questions, like how a given factor X (coffee variety, farm management practice, brewing method, etc.) impacts the flavour of a coffee. Controlling for as many factors other than the X factor as possible, we can submit the coffee samples for evaluation to a group of sensory scientists who have been trained in the use of the lexicon. They can assess the samples, and then analyze what the sensory assessment tells us about the research question. Sensory scientists always work in groups, called panels, to make sure that no one taster skews the results. A typical panel has 5 to 7 tasters, who train for six to nine months to achieve calibration with the lexicon and with each other before they begin evaluating samples.
Sensory lexicons are not unique to coffee. They have existed for many years and exist for many products that are probably familiar (beer, wine, honey, cheese) and some that are not (cat litter!?)