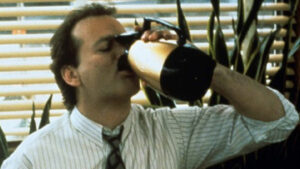 Susan from Team Coffee Tree comments: “During the past two years when Coffee Tree Roastery was closed for in store seating, customers began buying coffee beans more frequently to make their coffee at home.  The home office having evolved into a permanent work space eliminated the daily grab ‘n go take out business.  Making coffee during the week at home extended well beyond the morning.

Sales of single cup pour over coffee makers like the Hario V60, Chemex brewer, French Press and Aeropress were hard to keep in stock.
There are unintended benefits when preparing your coffee one cup at a time.  The amount of coffee thrown away is greatly reduced, which is a reward for hard-working farmers.

It also means you can treat yourself to the best specialty coffees.  Like a single malt Scotch, we develop a serious liking to better quality anything which makes it hard to go back to mediocre anything.  The niche market for all artisan products is florishing and it would seem that coffee is leading the charge.  Drink coffee and read on!”

Coffee consumption has soared to a two-decade high as Americans brew up new post-Covid routines, according to exclusive consumer polling recently released by the National Coffee Association (NCA).

66% of Americans now drink coffee each day, more than any other beverage including tap water and up by nearly 14% since January 2021, the largest increase since NCA began tracking data.

The Spring 2022 National Coffee Data Trends (NCDT) report prepared by Dig Insights on behalf of the NCA found that Americans have increased coffee consumption away from home by 8% since January 2021.

At home coffee consumption remains above pre-pandemic levels. Some 84% of coffee drinkers now have had coffee at home in the past day, compared to 80% in January 2020.

Consumption of espresso-based beverages, typically prepared away from home, have shot up 30% since the start of the pandemic, signalling recovery from the Covid-19 pandemic and also indicating new growth.

NCA president and CEO William “Bill” Murray commented: “Given decades of independent scientific evidence that coffee drinkers live longer than people who never drink coffee, it’s fitting to see America’s top beverage emerge from Covid-19 more popular than ever at home, on the go, in the office, and in coffee shops around the country.”

Other key NCDT findings include: